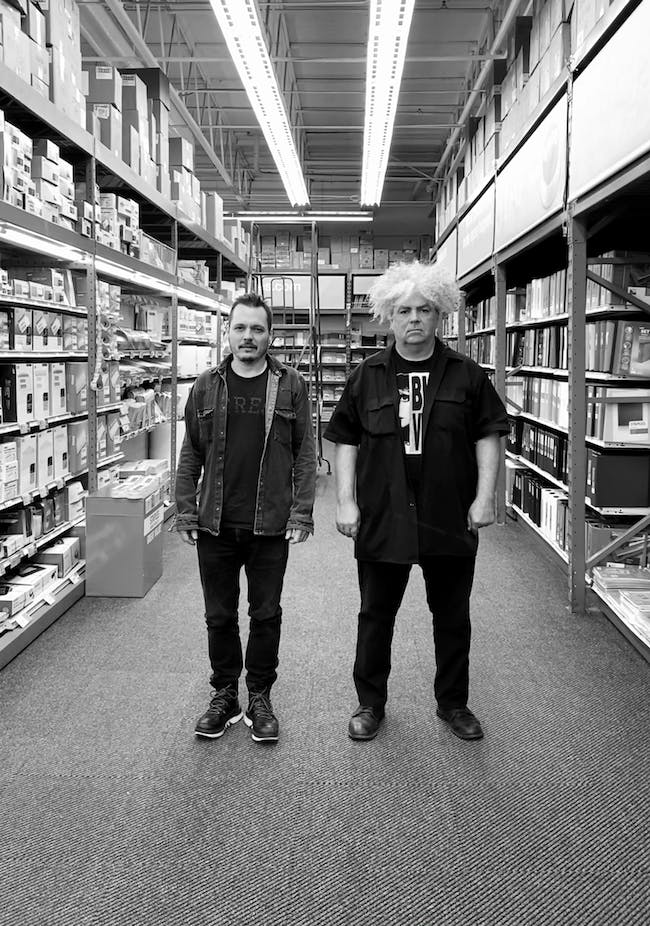 ***In the interest of public health, King Buzzo has CANCELLED his 6/6 show. Refunds available at point of purchase. If purchased via credit card, refunds will automatically be issued to the card you used to purchase tickets within 30 business days.***

The Melvins’ King Buzzo has a new solo acoustic record called Gift of Sacrifice that comes out in May of 2020 followed by tours which will take him across the United States, Europe and parts beyond.

This is exciting news!

What makes this news even more exciting is that King Buzzo has recorded this record with the fabulously talented bass player Trevor Dunn. Trevor was a founding member of Mr. Bungle and also plays bass in the psycho metal/spaghetti western band Fantômas, as well as recording and touring with the Melvins (as Melvins Lite).

“Gift of Sacrifice was a stone groove to record and it will be a f*cking blast to finally hit the road with my buddy Trevor Dunn,” says Osborne. “Once we take the stage, I guarantee we’ll kick the crap out of this album. Trevor’s bass playing is superb. With a guy like Trevor, you get the best results when you just let him do his thing. Trusting the musicians you work with is a very important part of how I write and record music and with Trevor I know I’ll never be disappointed with what he plays.”

The addition of Trevor’s stand-up bass makes Gift of Sacrifice a step up from King Buzzo’s last acoustic record, This Machine Kills Artists. It gives this new record a haunted quality which drives the songs to a new level. Another new element is the addition of modular synth, which adds its own angular sounds to the acoustic guitar and bass. This is an odd combination of sounds not heard before on an all acoustic record.

“It was time for me to do a new acoustic record and another solo world tour,” Buzz adds. “I can’t wait for Gift of Sacrifice to come out and then hit the road with Trevor this spring.”

Buzz: What do you think of the album?

Trevor: I love it. I’ve never heard this kind of production on an all acoustic record. It’s insanely fucking cool! I wouldn’t have thought to combine acoustic instruments with modular synths.

Buzz: There’s probably lots of shit you wouldn’t have thought of.

Trevor: Oh really? That’s what you think? Why don’t you fuck off....

Buzz: Relax! I was partially kidding.

Trevor: We’ll it’s the not kidding part that you can shove up your ass.

Buzz: Sorry man. I’m gonna lay off because we have a loooong tour coming up and I don’t want a mutiny on my hands.

Gift of Sacrifice was recorded at Sound of Sirens Studios in Los Angeles by Toshi Kasai. Artwork by Mackie Osborne.