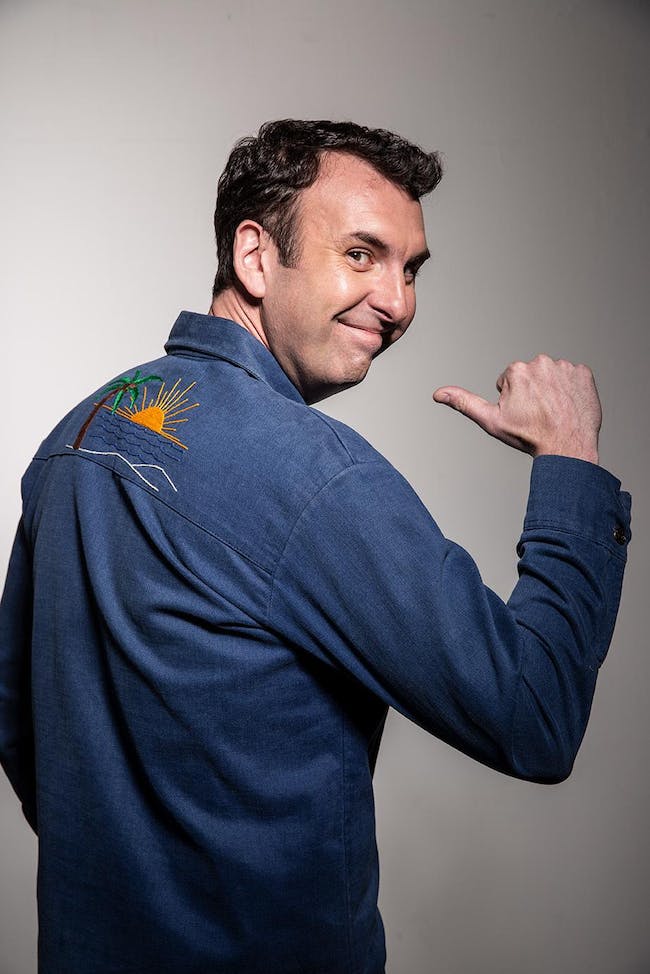 Matt Braunger was raised in Portland, Oregon. A headlining comedian since 2007 and an actor since childhood, Matt studied theatre in New York and improvisation in Chicago. Matt’s television credits include starring in the Amazon pilot The New V.I.P.’s, recurring roles on ABC’s Agent Carter, NBC’s Up All Night, Netflix’s Disjointed, go90’s My Dead Ex, and the Starz series Take My Wife. Matt was a series regular on Fox’s MADtv, a cast member of the TruTV series How to Be a Grown Up, as well as appearances on BoJack Horseman, Garfunkel and Oates, Maron, HBO’s Family Tree, the Chelsea Lately roundtable, The Michael J Fox Show, Happy Endings, CONAN, The Tonight Show with Conan O’Brien, The Late Show with David Letterman, The Pete Holmes Show, United States of Tara, Pushing Daisies, Carpoolers, The Late Late Show with Craig Ferguson, Acceptable TV, and Live At Gotham.

Matt was also a regular guest on @midnight and appeared in Showtime’s SXSW Comedy with W. Kamau Bell and Comedy Central’s The Meltdown. He won the 2008 “Best Of The Fest” at the inaugural Rooftop Comedy Festival in Aspen. In 2009, he was named to Variety’s Top 10 Comics to Watch, and Comedy Central’s Hot 9 in ’09 list, his debut album Soak Up The Night was released by Comedy Central Records and he was named to the iTunes REWIND Top 20 Albums of 2009. In 2010, he recorded his half hour Comedy Central Presents special and in 2012 released his debut hour-long special entitled Shovel Fighter, also released as an album. Matt’s hour-long comedy special, Big, Dumb Animal is now available on Netflix, and he recently recorded a new hour special coming soon. He also has a hilarious podcast “Advice from a Dipshit”.

Along with touring comedy clubs across the country, Matt is also a regular at the Upright Citizens Brigade in Los Angeles, and he headlined the Old Milwaukee Comedy Tour for Funny Or Die in 2013. Matt has also performed at a variety of prestigious comedy festivals including the Just For Laughs Festival in Montreal and Chicago, The TBS Comedy Festival Las Vegas, and

Based out of New Haven, CT, David got in to comedy because of a promise he made to himself. “Graduate from college and you can pursue stand-up.” Now, after years of waiting to go on last at open mics only to perform in front of the amount of people you’d expect to stay out until after midnight on a Wednesday, he only has one regret...that he went to college.

Dave has played venues around New England as well as performing for innumerable fundraisers. He has been a semi finalist in The Funniest Comic in CT contest, as well as being named among the top three favorite local comics in the New Haven Advocate readers poll.