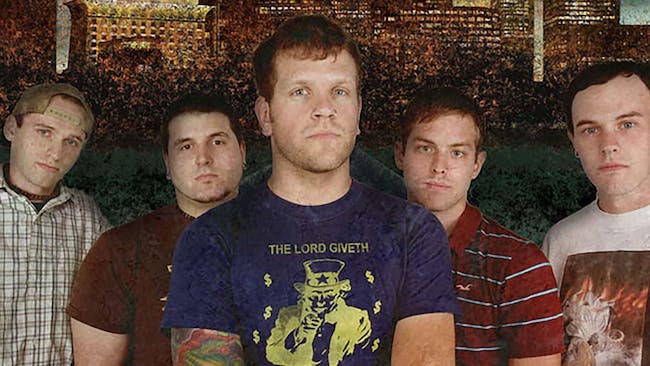 Formed in 2002, Connecticut’s own With Honor quickly proved their place in the hardcore and punk scene with their self-titled EP (recorded by Adam Dutkiewicz of Killswitch Engage). Featuring a unique blend of melody and aggression, the band also gained notoriety for their meaningful lyrics and positive message. They immediately hit the road, planting themselves on any stage that would have them.

They soon caught the attention of Jamey Jasta’s Stillborn Records, who signed them for a proper release of the EP, along with a full-length record, Heart Means Everything (2004). Recorded by Kurt Ballou at God City Studios, the album featured aggressive vocals, catchy singalongs and music, and a hardcore-punk ethos. HME cemented the group’s place in the hardcore scene, propelling them onto tours with Stretch Armstrong, H2O, Comeback Kid, Bane, Hatebreed, Shai Hulud, and Sick of It All, among others.

With Honor continued their relentless touring, often playing over 200 shows a year. They went on to release a split record with Connecticut’s The Distance, as well as a full-length album, “This Is Our Revenge”, on Victory Records in 2005.

Their music is not only an ode to the old-school, traditional and post-hardcore bands that inspired them, but a rousing challenge to anyone who will listen to stay true to their beliefs, hold one another up, and challenge the world’s disparities.

After 8 years, With Honor is ready to hit the stage once again, playing Furnace Fest in Alabama in September, before returning to their origin state of Connecticut for a hometown reunion!